A Trip Beyond Ordinary.

England It shares land borders with Scotland to the north and Wales to the west and is part of the United Kingdom. Surrounded by the Irish Sea, the Celtic Sea and separated from continental Europe by the North Sea and the English Channel. The country covers five-eighths of the island of Great Britain and includes over 100 smaller named islands such as the Isles of Scilly and the Isle of Wight.

Vastly diverse and populated with a fascinating blend of international cultures from around the globe makes this country rich with variety.

Whether your interest lies in history, the Royals, famous landmarks, museums, literature, gardens, photography, theatre, outdoor activities, spectator sports, food and drink or just scenic drives taking in the historical monuments and fancy buildings that rise tall in every village, town and city – it is hard to narrow down the long list of reasons to visit.

And, of course, the UK’s diversity is mirrored in its landscape too. From its rugged coastline to rolling countryside dotted with patchwork fields and wildlife, to hilly peaks set above the moors, picturesque villages, market towns and seaside towns there is truly something for everyone.

The areas that make up England are broken down into regions – Northwest, Northeast, Yorkshire and Lincolnshire, West and East Midlands, West and South West, East and South, London and Southeast, the Isle of Man and Channel Islands – to cover all of these would take months but highlights from a few areas can be seen in shorter trips. Each area has a collection of varied accommodations, from stone cottages and guesthouses to modern contemporary hotels to grand manor houses, country estates and castles. Here are just a few areas with a wealth of reasons to visit.

The area of Yorkshire considers its food and drink as being the best in Britain. Yorkshire boasts more Michelin-starred restaurants than anywhere else in the country (apart from London).The sheer beauty of the county, sometimes as unexpected as a dilapidated farm standing tall in the distance through a leaden sky, has inspired generations of painters and artists. No visit to this area would would be complete without a visit to York and a walk around the City Walls. At 2 ½ miles long, the beautifully preserved walls are the longest medieval town walls in England. 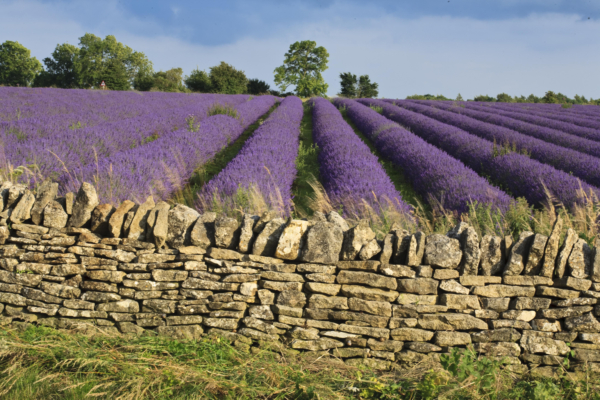 The picturesque and glorious towns and villages of the Cotswolds look as if they have strayed out of a fairytale. The area is characterized by it market towns with farm to table foods, crafts and galleries, vibrant festivals, intriguing museums and countless walking trails. Covering nearly 800 square miles across five counties (Wiltshire, Gloucestershire, Oxfordshire, Warwickshire and Worcestershire), this region of rolling hills, is the biggest of the 38 Areas of Outstanding Natural Beauty (AONB) in England and Wales. Visits in the spring offer new lambs and fields blanketed with lavender or daffodils.

Devon is a walker’s paradise, visits here mix the great outdoors and long winding paths around the coast with cream teas and excellent food. Most people are drawn to the magnificent beaches on the south and north coasts, but inland Devon has a lot to offer too. Lamb, venison, pheasant, pork and seafood are staples, and farmers’ markets are full of delectable cheeses, fruits and cream products.

The Lake District is known for mesmerizing scenery, long and lovely lakes, mountains and hills jaw dropping views and Beatrix Potter. Its walking trails offer something for anyone looking for an outside experience whether it’s on a leisurely bike ride down country lanes or a day-long hike across the hills. The Lake District also has many literary connections, most famously William Wordsworth, who was born here in 1770 and drew much of his poetic inspiration from the surrounding landscape. And while the weather is unpredictable, passing showers and clouds only emphasize the grandeur of the magnificent scenery 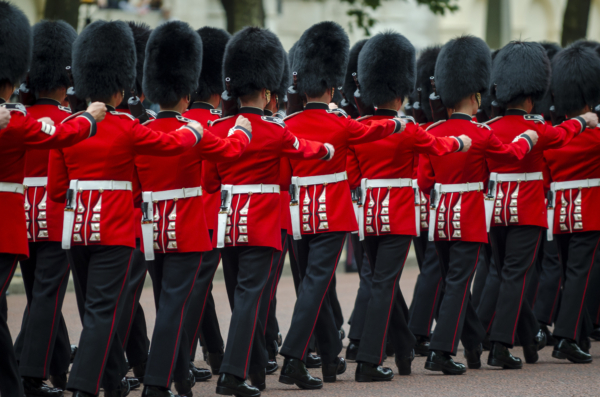 The city of London is one of the world’s leading tourism destinations, home to world famous tourist attractions. The city attracted 19.1 million international visitors in 2017 making it one of most visited in cities in the world. A diverse and exciting city with some of the world’s most iconic sights, attractions and activities. With so much to do, it’s hard to narrow down the long list of reasons to visit, but below you’ll a few to get you started:

Theatre – If you love live theatre, you have to see a West End show. Alongside Broadway in New York, this is the destination regarded as being the place to see the best shows and performers. There is a broad variety of live performances to be found in the West End, so whatever you love, there will be something of interest for any age group.

Shopping – No matter what style of shopping you love, you will find it all in London. From the boutique nature of the West End to the major flagship stores on Oxford Street, London is packed with shopping opportunities. There are also plenty of markets like Portobello Road, Camden Market or Old Spitalfields where you can find a treasure and maybe a bargain.

Attractions – You cannot fail to be awed by the attractions in London. From the London Eye and the Shard offering views to the city to the historical Tower of London and Crown Jewels, Buckingham Palace and Changing of the Guards to the boggling range of museums, there is something for everyone including the Houses of Parliament, Westminster Abbey, or explore one of many Royal Parks in the city, such as St James and Hyde Park, Hampstead Heath in the north of the city, you’ll find that London’s parks are an ideal place to relax and view local people going about their daily life. For those who love the Royals or are just fascinated by it all – visit inside Buckingham Palace (seasonal), Kensington Palace, Windsor Castle, Kew Palace, the Royal Horseguards Museum and watch the Changing of the Guard.

Sporting Events – As you would expect from a capital city, there is no shortage of sporting events and attractions. Many of the top Premier League sides are found in London while the capital is home to some of the most prestigious sporting locations in the city, such as Wembley Stadium (football), Wimbledon (lawn tennis), Lords (cricket) and Twickenham (rugby).

Free attractions – Some of the finest museums, such as the National Gallery, the Science Museum, the National History Museum and the British Museum can be explored for free and there is also the Tate Modern, where many exhibits are available for free.